Here's a place for you to discuss about our favorite show's characters, episodes, and just have fun! You can even collect fanworks such as fanart, fanfiction, and many more!

You are not logged in. Please login to view and post in our forum and enjoy its special features, or register if you don't have an account yet.


Thank you for visiting the forum!

The forum for all Batman: The Brave and The Bold fans!

Batman: The Brave and The Bold Cancellation

Batman: The Brave and The Bold Fan Forum :: Updates :: News

Batman: The Brave and The Bold Cancellation

A few days ago we had San Diego Comic Con - I heard it was so darn crowded there. Among all the other animation panels, we had Batman: The Brave and The Bold panel with Sam Register, James Tucker, and many others. Unfortunately, there was bad news coming.

The animation crew announced that the show will be cancelled after its 65th episode, which is the 13th episode of the 3rd season. Here is the bit of news from the IGN crew who visited the panel at SDCC:

Early this morning, Batman: The Brave and the Bold made its final appearance at San Diego Comic-Con. The gracious panel more than entertained the packed room, and gave us some hints at what's to come in the rest of the season, as well as some sad news as to the fate of the series. The panel for the event consisted of moderator Sam Register, and panelists James Tucker (producer), Michael Jelenic (producer), Diedrich Bader (voice of Batman), John DiMaggio (voice of Aquaman) and Andrea Romano (voice director).

As it is always easier to give the bad news first: it was reported at this panel that the remaining 13 episodes of the second season will be the show's last. [Update: Sorry guys, we somewhat misheard this. The show is indeed ending, but they still have the second half of Season 2 to air. There will then there will be a 13-episode Season 3, which will be the final one. Season 1 and 2 each consisted of 26 episodes each.]

Fans of the series were vocally upset at the end of this loved program, with those sentiments being shared by the talent on the panel - especially by the voice of Batman, Diedrich Bader, who called it the best gig of his career. Fortunately for the panel, everybody has future projects to go to, so nobody will be left without a job - this announcement included a hint James Tucker was working on an all new Batman series.

To liven the mood, we were immediately treated with an impromptu session between Batman and Aquaman discussing the end of the series. This funny bit went a long way in bringing the crowd back, and opened up for a brief Q&A session. With the basic questions out of the way, two bits of information did surface. For one, with the popularity and Emmy nomination of the musical episode "Mayhem of the Music Meister!", we were told that the final 13 episodes would include the occasional song and dance number. Another piece of interesting info, was that two of DC's heaviest hitters, Superman and Wonder Woman, have been cleared to be used in upcoming episodes. While we were given no confirmation on what episodes would feature musical numbers or the appearance of two of DC's super trinity, this is exciting information for series' fans bummed out by the cancellation news.


To end The Brave and the Bold's portion of the panel, we were treated to a screening of the future episode "Emperor Joker." Straying away from spoilers, we can tell you that the episode features an opening which pays homage to Detective Comics #241 and the rainbow Batman suit, while the episode itself brings back fan favorite Bat-Mite who desperately wants to see his favorite hero go up against his arch-nemesis The Joker. With plenty of humor, a musical number and the possible death of Batman at the hands of the Clown Prince of Crime, this episode had everything that fans of the series want from The Brave and the Bold. Unfortunately no air date was given for the episode, but you can expect to see it when the remaining 13 episodes air starting in August.

) and yes, he confirmed the news to be true. I got to contact James Tucker as well about the cancellation to go deeper on why it is cancelled. I will post it here as soon as possible.

For me this is like Teen Titans all over again. 65th episode, cancelled not because they can't continue, but they don't want to. I do not suggest writing letters or such as mentioned in the Teen Titans Fanbase Forum, but I do suggest that we gather more fans, give the show more love and enjoy it while we can.

Here is the conversation between me and James Tucker on Facebook. It started out with his status:

Our Batman: The Brave and the Bold panel at ComicCon went well but, as usual, we were misquoted. We are currently working on the third season of 13 episodes which will bring the series up to 65 episodes. It's been incorrectly reported that we'll be stopping at the end of our second season. Get it right, IGN.com!!

I used the opportunity to jump in and ask questions on the comment section.

Me: DX Does it really have to be cancelled, sir? I'm a huge fan of the show... >.< Also reminds me of Teen Titans - also got cancelled after 65. Do all series like this automatically gets cut after 65? (But I'm wondering why the case is different with Justice League... *confused*)

JT: Rianna: That's just the reality of most animated shows that aren't owned outright by the networks they're on. Cartoon Network owns 'Ben:10' therefore you'll see a lot more episodes of that than any DC related show they may run on their air. The other reality is these show are for kids, in the eyes of the people who pay for them, and kids tend to watch reruns with no problem (as anyone who was a kid the 70s and 80s can recall). And lastly, after 65, quality does suffer. I'm fine with 65 episodes that meet my standards and end while the show still is enjoyable and exciting to produce. We're still a looooong way from the show's last episode so think of this glass as half full rather than half empty.

Me: Ooh. But - just out of curiosity I need to ask - how come Justice League got more than 65 and continued with JLU? Wasn't it owned by WB too?
Brave and Bold's awesome and one of the best, just letting you know.

At least now that we know the limit is 65, the show won't leave us with a cliffhanger (like Teen Titans) XP Looking forward to see more awesome episodes! :3

Me: Oh and one last question (sorry XD), does this mean this year is the last year of Brave and Bold being at SDCC or do we still have next year?

JT: Rianna, Justice League got 65 episodes and JLU only got 39. Since they technically are different series even though connected, it may seem like Justice League was on longer.
As far as being at SDCC next year, I suppose it depends on if we're still showing new episodes we need to promote. Hard to say right now.

JT: Actually, I was wrong... Justice League only had 52 episodes, so Batman: The Brave and the Bold has had a longer run than any show I've worked on.

Me: Ooh, I see. So they could've made something like Teen Titans Unlimited back then, lol.
Thanks for an awesomely awesome show, sir!

You'll always have a loyal one right here.

Alright so I didn't get much... XD But at least we got bits of info here and there. I assume the message I sent to Mr. Register isn't important as all he said was "This is true" after the long question I asked >.> So yeah. Comments, please.

I'm still incredibly upset that the show is ending, but I can understand their reasoning a little. Aside from the whole business-related mumbo jumbo, having a series end when it's still fresh and exciting is better than letting it get old and stale.

And it makes me happy to see that Diedrich Bader really enjoyed being Batman.

Yeah. It was good while it lasted, and it'll still last a bit more so we shouldn't despair.

Finners' right, though, the case with JL/JLU is that they're part of DCAU. That's why it seemed longer. Why didn't I see that before. *headdesk*

Don't worry, it took me a while to realize that too.

I don't know about you guys, but 2 and a half seasons isn't nearly enough for me... Call me greedy, but 5 seasons I would be willing to let it go. Because lets be honest, Batman with his witty comments hanging out with the JLI never gets old.... 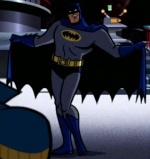 Most animated series now end with 65 episodes. The same thing happened to Teen Titans, so I wasn't too surprised. Thank you for joining us.

Glad to have a new member. Loooove your avatar, by the way. :b

I actually wasn't a fan of Teen Titans, the animation and how it was very kiddy. Not to say Brave and the Bold isn't kiddy, but it has some very mature under tones and is completely hysterical... But it is a shame that many shows are being cut short, luckily we have a lot of DC animated films, most of which are good... Well, except First Flight and Crisis on 2 Earths...

And thanks, I normally go for Grim-Darkness Batman avatars, but considering this is a BatB forum... I chose humorous.

When Teen Titans started airing, I initially didn't like it very much. It took me until it was already starting on season 3 to actually give it a chance. By that time, they had already toned down on the anime-esque reactions and focused on more serious stories.

Batman: the Brave and the Bold is, at it's core, something that both kids and adult can enjoy, albeit for different reasons. It's really one of the reasons I am sad to see it go...well, aside from a few of my favorite characters getting some well deserved attention.

I heard James Tucker, Michael Jelenic and JM DeMatteis all said that they would love to do a Justice League: International animated series spin-off.

I also wonder if BATB will get a DTV movie? Every Batman cartoon got one. 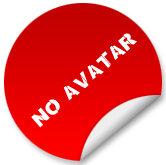 That's a big if, these days, DC's got their hands full with those full length features.

Batman: The Brave and The Bold Fan Forum :: Updates :: News

Page 1 of 1
Permissions in this forum:
You cannot reply to topics in this forum
Log in
Navigation
Portal
Index
Memberlist
Profile
FAQ
Search
Latest topics
» I love Batman