Here's a place for you to discuss about our favorite show's characters, episodes, and just have fun! You can even collect fanworks such as fanart, fanfiction, and many more!

You are not logged in. Please login to view and post in our forum and enjoy its special features, or register if you don't have an account yet.


Thank you for visiting the forum!

The forum for all Batman: The Brave and The Bold fans!

Batman: The Brave and The Bold Fan Forum :: Miscellaneous :: Cartoons/Anime

And I bet y'all already know THIS, too!

Tell me what you think about the show. Needless to say, I'm a huge fan of it and I loved the show. Great storylines, great characters. Too bad it didn't last that long... Not as long as JLU anyway. >.< It would've been good if it could last for a few more seasons. The movie was also cool - that wraps up the RobStar. XP

There's a lot to say. But plainly: I love this show.

It was a great show while it lasted, I practically grew up watching it. But then it got cancelled after it reached the standard 65 episode mark. To many good shows end early.

Season one was the best in my opinion. How about you guys?

Season One was alright. Everyone seemed to be settling into their characters, though, so it seems a little off.
Season Two I do not favor because of the Terra arc. I like her, but....wow...
Season Three had some good episodes, but I didn't like it for the most part as I'm not much of a Cy fan. "X", "Spellbound" "Haunted" "Revolution" and "Bunny Raven" were quite good.
Season Four was great. I love how I got to know Raven more because, honestly, before her season I didn't like her too much. Not hate, not like. Neutral. Her season just showed her awesomeness. AND The End arc was wonderful.
Season Five is, I guess, my favorite. The Titans Together arc was genius, and I enjoyed seeing some classic comic characters. And the Wonder Girl tease. Seeing BB as more than just the comic relief guy was enjoyable.

The last episode left so many things unanswered....But hey, answers ruin most of the mystery anyway.

Well I though season five was okay and the ending was spectacular but it just felt odd for me. I enjoy it much more when it was just the original five titans. I do like guest stars every know and then but the fifth season was like the fifth season of The Batman for me, it just didn't really work.

The last episode left so many things unanswered

Am I the only one who felt like crying when it ended?

After the announcement of Young Justice, that seems highly unlikely

I know, I know....
Still demanding a season six, though.

Yeah, it's nice that cartoon network is still airing Teen Titans episode's though. And it would be nice to see them tie up some of those loose ends. How is Red Star back? How is Malchior back? Why in the world is the puppet king back?

Not to mention the big ol' Red X secret.
PS Congrats on your Admod status!

I'm thinking Red X was Jason Todd. They should make a DTV all about unmasking red x.

PS Congrats on your Admod status!

Well, Jason did become Red Robin and all that. It'd make sense. An unmasking would take the mystery and excitement out of it, in my opinion. But it would be great to see more Red X; he was a great character....

=O Plz tell me I read that wrote and you ment u r a Cy fan! Without Cyborg the team wouldn't have the tower, and the T-Car, they wouldn't have an awesome meat lover, BB wouldn't have a fun friend guy friend who wasn't all serious all the time, Robin wouldn't have a great techie as second in comand, Raven wouldn't have someone that people who aren't RobxRea fans or BBxRea fans could pair her up with, Starfire- well idk there but they're good friends, and the show I think wouldn't be able to air without his ehnic group or somthing like that.
His episodes are terrible, and don't do him justice. But Cyborg is really awesome and super important to the team! How could you be 'not much of a Cy fan'?
Sry big Cyborg fan 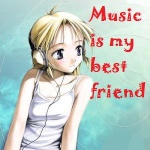 I think that she means that she doesn't like episodes that revolve around Cyborg. Episodes like Cyborg the Barbarian and Titans East parts one and two are episodes that fell flat basically because they revolved around Cyborg to much. He's definetley an awesome character but the reason the Teens Titans work so well is becuase they work well as a team. But seriously , everyone loves Cyborg

His episodes were poorly written, and an insult to his amazing character. I mean really, everyone had cooler arh-enemies. Robin got an evil master mind who seems to always be a step ahead, Starfire got her power hungry sister, Raven got an evil demon who wanted only to see everything under his control (the fire dude army was a nice touch too), and BB had a whole team of nasties that came close to ruling the world. All Cy got was a whacked out guy who just wanted to control him. Really all his plans come down to just trying to use Cyborg.
I hearts my Cy guy <3 lol

Yeah, he can be a good central character, if written well, such as in the episode 'Overdrive'

Similar topics
» Your favorite Tsundere? -o-
» Marvel UK for Sale-large selection
» Which of the "mysteries" are you most intrigued about?
» Characters
» The Three Titans!!!

Batman: The Brave and The Bold Fan Forum :: Miscellaneous :: Cartoons/Anime

Page 1 of 1
Permissions in this forum:
You cannot reply to topics in this forum
Log in
Navigation
Portal
Index
Memberlist
Profile
FAQ
Search
Latest topics
» I love Batman